Phones get used for an average of seven years. Why would you not want the best quality? Without going overboard there are a ton of reasons: 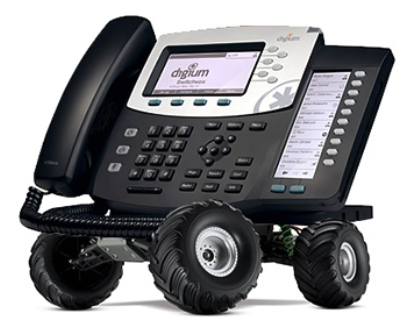 Digium phones built exclusively for Asterisk allow you to customize your end-to-end solution. The Digium IP phones include an applications engine that uses a free and open API. The JavaScript API allows developers to easily create custom business phone apps that extend the power of Asterisk and Switchvox. These applications go far beyond simple XML pages and integrate custom business processes directly on the phone display.

Did You Know We Also Have the Best POE Switch on the PLANET?

Hey, it's OK to say that about your grandchild - Why not about the PLANET POE switches? Let me explain. ABP tested every switch we knew on the entire PLANET and liked them
best.

PLANET has been making world class POE switches for 20 years. They come with a 3 year warranty on all basic Ethernet Switches and offer a great breadth of product line and features along with awesome margins for resellers. Planet is only sold through professional partners with tight MAP pricing. Save the Planet with Green Energy. PLANET is more efficient than most POE switches using special High Power POE chips set and also can shut-off ports during times not in use and pay for itself in energy savings over its lifetime.

Any Special Deals this Month?

Why yes! We got another very cool product in the world of POE - a POE Extender and Port Duplicator. Put two POE phones on one POE line!

Our new POE extender takes a single PoE  feed and can either extend the run by another 300' with no extra power and also duplicates your POE like a mini PoE switch (that is PoE fed and has no need for extra Power). It basically splits a single POE into two separate PoE Ethernet cables to support two POE devices on one cable run.

As an introductory special this month, ABP is offering (1) FREE ABP-PoE-EX2 PoE Duplicator & Extender when you buy a full case with (10) Digium phones plus any Planet POE switch.

This offer is only valid for purchases until June 15, 2015 or while supplies last.